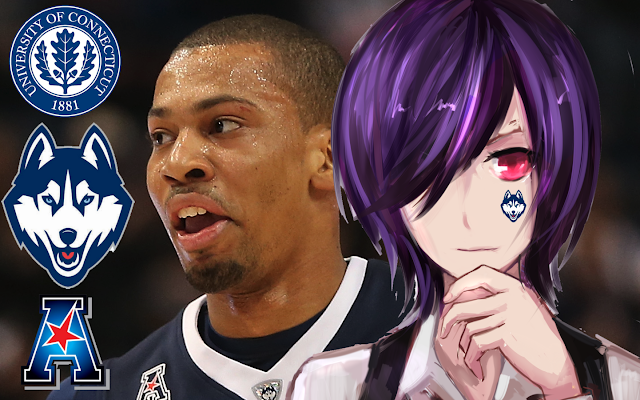 The Connecticut Huskies entered the American Athletic tournament squarely on the NCAA Tournament bubble. They leave the tournament as champions, knocking off Memphis 72-58 to claim the conference's automatic bid.

The Tigers were hoping to crash the NCAA Tournament party by grabbing the American's automatic bid, but UConn snuffed out the dream early, jumping out to a quick start and heading into halftime with the 32-19 lead. Memphis' big problem in the first half was the poor shooting -- the Tigers made just 6 of 26 field goal attempts, while the Huskies shot 12-of-25.

Memphis threatened to make things interesting, pulling within four points halfway through the second half, However, the Huskies reasserted their dominance once again, quickly getting a double-digit lead back that they wouldn't relinquish for the rest of the game.

It was a fine shooting day for UConn, with five players reaching double-digit points. Shonn Miller and Sterling Gibbs led the way with 13 points each, while Daniel Hamilton added 12 points and dominated the glass with 11 rebounds. As a team, UConn shot 45.8 percent from the field, while Memphis finished with a 37.5 percentage.

After winning the national title in 2014, UConn missed the NCAA Tournament entirely last season. The Huskies will be hoping to make magic happen once again, and they'll likely have to do it from the No. 6-8 seed range. UConn's bracket placement will be unveiled shortly after their game.