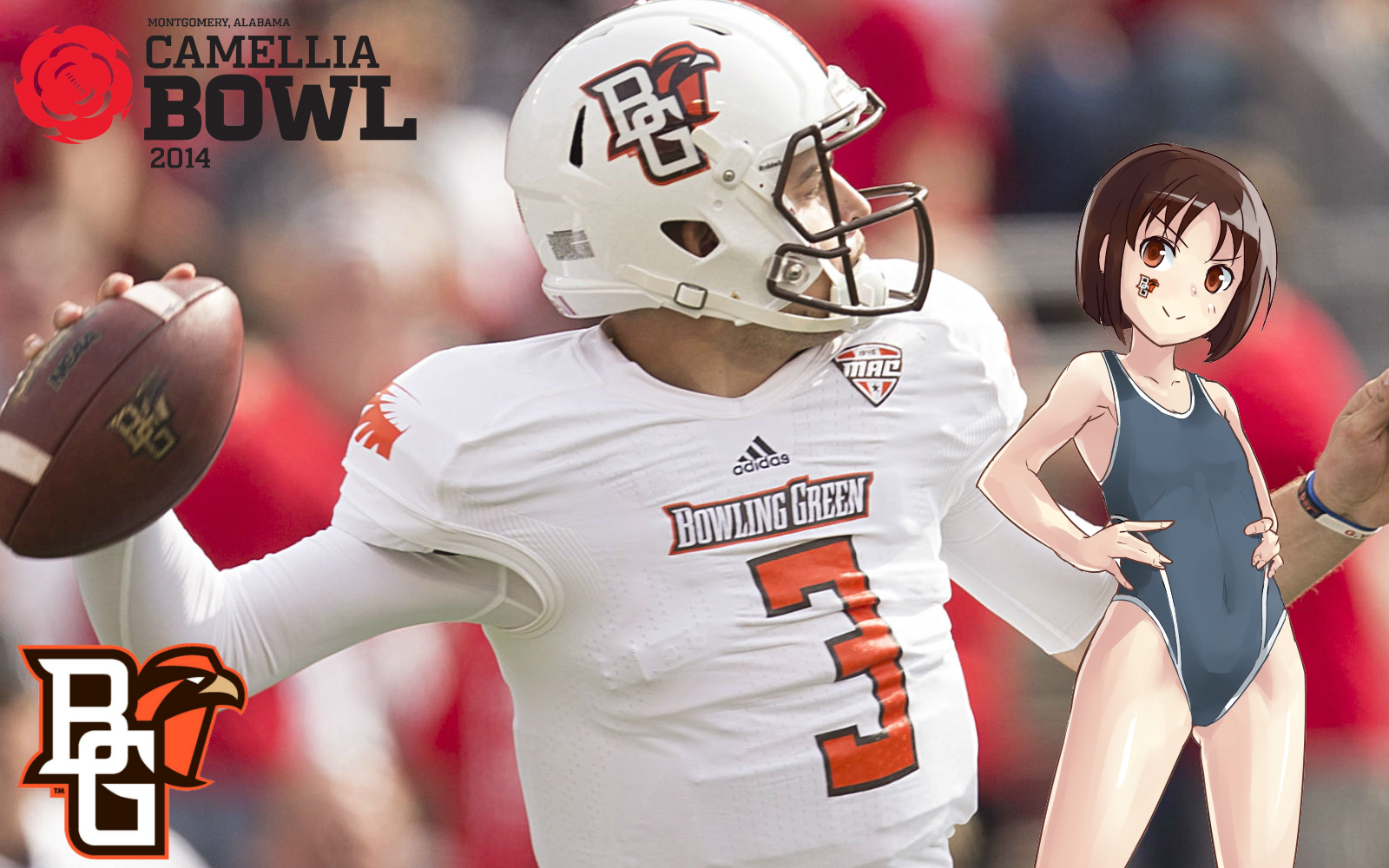 The inaugural Raycom Media Camellia Bowl was a knock down, drag out battle that left each team, and literally South Alabama head coach Joey Jones, beaten and battered.
And when South Alabama (6-7) capped off a dramatic, late-game drive with a Terrance Timmons three-yard touchdown run with 1:20 left in the game to take a 28-27 lead, it looked like Bowling Green (8-6), after swallowing body blows for the whole second half, was finally down for the count.
But James Knapke, an early-season replacement for preseason starter Matt Johnson, picked Bowling Green up off the canvas, and 16 seconds later, delivered the final knockout blow to the Jaguars, hitting Roger Lewis for a 78-yard touchdown pass that clinched the Falcons’ 33-28 victory Saturday night at Cramton Bowl in Montgomery.
With his performance, Knapke was named the Camellia Bowl Bart Starr MVP.
“We wanted to be aggressive with that play call,” Knapke said. “Roger (Lewis) was one on one and my job is to just get him the ball. He made the play after that.”
Knapke and the Falcons got off to a blazing start in the teams’ third-straight bowl appearance.
After holding the South Alabama offense to a three-and-out on their first drive of the game, Knapke lead Bowling Green on a seven-play, 65 yard drive, capped by a 44-yard bomb on fourth-and-two to Lewis for the first touchdown of the game.
“We just tried to take advantage of what the defense was doing,” Knapke said. “Roger did a great job of getting open.”
The Falcons struck again one drive later, this time on a 93-yard march. After a 53-yard pass to Gherig Dieter put Bowling Green in the South Alabama red zone, Travis Greene punched the ball in from one yard out to put the Falcons up 14-0.
With just over seven minutes remaining in the first quarter, it seemed as though Knapke and the Bowling Green offense could do no wrong.
But South Alabama finally responded when Kendall Houston took a handoff 44 yards into the end zone, cutting the lead to 14-7. It was Houston’s longest touchdown run of his career.
Bowling Green added two field goals to push the lead to 20-7 before halftime.
At 9:13 of the third quarter, South Alabama quarterback Brandon Bridge ignited the Jaguars’ second-half comeback, scrambling into the end zone from 15 yards out to narrow the Falcons’ lead to 20-14.
“It says that they’re (South Alabama) resilient as hell,” Jones said. “They never backed down and that’s the heart of this team.”
After Travis Greene responded for Bowling Green with a 17-yard touchdown run late in the third, South Alabama kept pace with a DeMarrion Buford-Hughes 18-yard touchdown reception, cutting the lead again to 27-21 before the final two dramatic scores.

Knapke finished Saturday with 368 yards and two touchdowns on 25-of-39 passing.
“What a story,” Bowling Green head coach Dino Babers said. “How he started his very first game, finished up the WKU game… Still win the (MAC) East, still get to the MAC Championship game and then we have a bowl game like this. Who would have ever thunk his name would have been underneath Bart Starr for the MVP of this bowl game in its inaugural year. That’s an OMG right there.”
The Falcons had two receivers tally more than 100 yards receiving. Roger finished with 137 yards receiving and two touchdowns and Dieter finished with 108 yards.
This is the Falcons’ first bowl victory since defeating Memphis in the GMAC Bowl in 2004, coincidentally at Ladd-Peebles Stadium, South Alabama’s home field.
In the loss, South Alabama still made history. The Jaguars became the fastest team in Sun Belt history to become bowl eligible. The Jaguars have been a full member of the FBS for just two years.
It’s a feat the South Alabama seniors hope will set the standard for teams and recruiting classes to come.
“The legacy that we left is just a legacy that is just going to keep on growing,“ Bridge said. “Like Maleki (Harris) said, we left that stepping stone with that first bowl game.”
Bridge completed 20-of-37 passes for a touchdown, but threw two interceptions, including a costly one on the Jaguars’ last drive of the game.
Danny Woodson led South Alabama with 122 yards receiving on six receptions.
2014 bowling green camellia bowl kurumi kakura saki