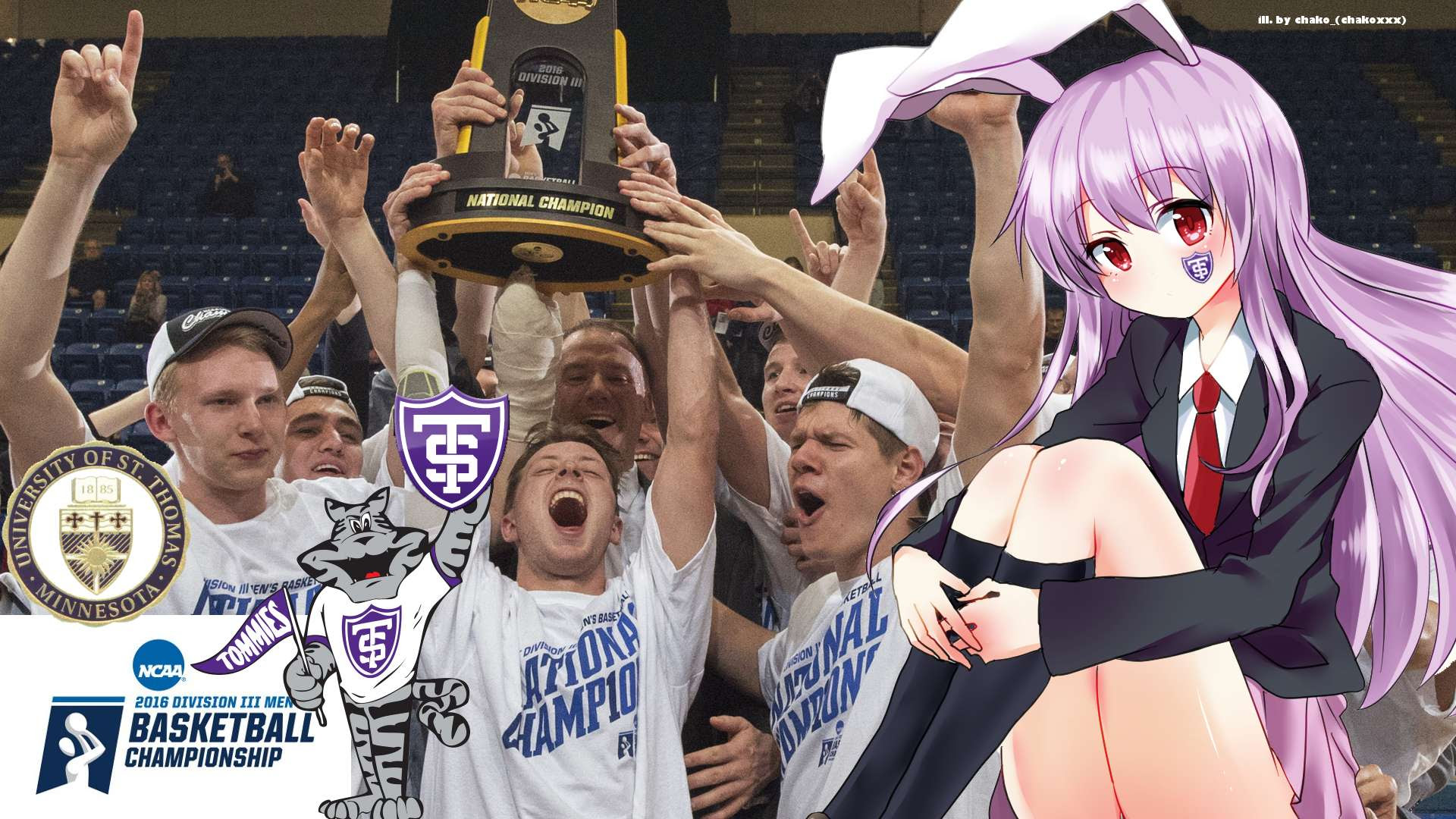 Taylor Montero and Ryan Saarela made sure their final college basketball games were memorable ones.

The St. Thomas senior forward and center combined for 53 points and 21 boards and propelled No. 8-ranked Tommies to an NCAA Division III championship with Saturday's 82-76 win over previously-unbeaten Benedictine (Ill.) in Salem, Va.

UST built a double-digit lead in each of their contests during a 6-0 run through the Division III playoffs. St. Thomas eliminated the Nos. 18, 11, 1, 4 and 2 ranked teams over the last 15 days.

In Saturday's victory, St. Thomas sank 50 percent from the floor, had only seven turnovers, knocked down 27 of 36 free throws and had a 36-32 rebunding edge. That offset Benedictine's 24-3 advantage in 3-point scoring.

Taylor Montero scored a season-high 27 points -- one off his career high -- and added 11 rebounds while logging 37 minutes.

Ryan Saarela's 26 points were his career high, and he added 10 rebounds for his 13th double double of the season. UST went 23-0 in games this season when Saarela scored in double figures.

Montero answered at the other end with a layup, then rebounded a missed BU shot. UST sank 7-of-10 free throws in the final 42 seconds to secure the NCAA title.

St. Thomas made only three field goals in the last 8:30 but held off Benedictine with nine points at the foul line.

Johnson led Benedictine with 21 points and 11 boatds. BU, playing in its first Final Four, shot 48 percent from the floor and had only 10 turnovers.

The victory is St. Thomas' 16th national team championship, including two in men's hoops. In the 2000s alone (last 17 seasons), St. Thomas has two NCAA crowns each in the sports of men's basketball, baseball and softball, plus one in volleyball.